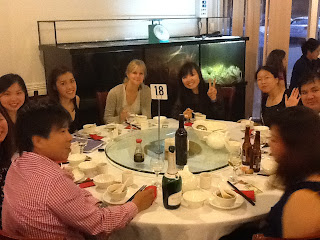 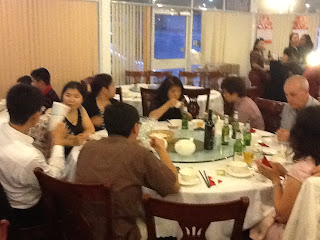 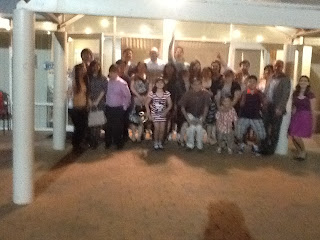 The last few months have been a blur of activity, legal and non legal.

I was appointed as Manager of the WA State Under 15s Badminton team that traveled to Queensland this month for the National team and individual events.

My son Tyzton was the captain while my wife Annie was the  team umpire. My older son was the assistant coach. It was a family affair and the team did exceptionally well as they won a historic silver team medal. This is the first time since 2005 when the event started, that WA has won a silver medal. I was proud to have helped WA make history.

Tyzton also won the silver medal for the boys doubles. He won his first gold national trophy by winning the mixed doubles event with Joy Lai from Victoria.

As proud as I am as a dad, the legal work has to continue.

Here is an article written by Val Antoff from my office regarding binding financial agreements.

Binding Financial Agreements
Are they the next best thing to divorce insurance?

For most of life’s vicissitudes there is an insurance cover. For managing the financial aspects of a potential marriage or de facto relationship breakdown there is a binding financial agreement (BFA).

Such agreements are the only security that parties planning to enter into a de facto relationship or already married have at their disposal for the protection of their assets if the marriage sours. But beware, BFAs could not always be relied upon as legally binding as a number of recent court decisions in Australia have demonstrated.

Information from unverifiable sources suggests that a large number of marriages and de facto relationships are the result of online dating. However an online profile would revel little if anything about a person’s character and intentions. This is just one more reason for people searching for their soul mate to consider ways of protecting their assets.

This article summarises the main features of a binding financial agreement, its use and the factors which will most likely contribute for a BFA to be set aside by the courts.

1)     Brief History
For married couples in Western Australia changes to the Family Law Act 1975 (Cth) which came into effect in December 2000 allowed parties about to marry or who were married to sign a binding financial agreement about the financial arrangements should their marriage break down. Parties were also permitted to enter into a BFA upon the breakdown of their marriage.

Two years later, in December 2002, changes to the Family Court Act 1997 (WA) made BFAs available to de-facto couples including those of the same sex who have lived in WA.

In March 2009 changes to the Family Law Act 1975 (Cth) made BFAs available to de-facto couples in the rest of Australia.

4)     How does it work?
The forum where decisions about the division of assets of splitting couples are made is the Family Court of Western Australia. A valid binding financial agreement however ousts the jurisdiction of the court. It prevents either party from making an application to the court for division of assets in property settlement different from the terms of the agreement. A BFA does not bar the parties from seeking an order from the Family Court to set the agreement aside. Some of the arguments for seeking such orders are discussed later in the article.

6)     What matters can a BFA cover?
a.     Financial settlement (property settlement) – all or selected property of the parties. It may include property acquired before or during the marriage or de facto relationship.
b.    Financial resources – for example any inheritance that a party may receive during the marriage.
c.     Rules about buying and owning property – the parties may agree about whose name the property will be registered in, who will be paying for the mortgage and the maintenance of the property etc.
d.    Superannuation is considered property and therefore parties may agree on the division of their respective superannuation interests in case of separation.
e.     Financial support (spousal maintenance);
f.     Any incidental issues

8)     How much does it cost?
The preparation by a BFA is only a fraction of the costs of property settlement litigation. The preparation of a BFA starts from around $2,000 plus GST compared to the cost of court litigation which may range up to $35,000 in cost for a simple matter.

a.     The agreement must be signed by both parties;
b.    Both parties should receive independent legal and financial advice before signing;
c.     The agreement must contain, in relation to each party, a statement to the effect that the party to whom the statement relates has been provided, before the Agreement was signed by him or her, with independent legal advice from a legal practitioner as to the following matters:

i.    The effect of the Agreement on the rights of both parties;

ii.    Whether or not at that time when the advice was provided it was to the advantage financially or otherwise of that party to make the Agreement.
d.    Paragraph 11 discusses further issues that may impact on the validity of the agreement.

10)  What are the benefits of BFA?
The following list contains some of the commonly cited benefits of a binding financial agreement:
a.     Provide certainty by means of a predetermined outcome in the case of separation;
b.    Protection of personal and business assets from future dispute;
c.     In contracts to court made property settlement orders a BFA does not have to be an equitable one. Therefore one party which has significantly more assets than the other party can protect their assets better than by court orders;
d.    Protection of inheritances received during the relationship;
e.     The agreement stays private as the matter does not have to be argued in open court;
f.     Financial disclosure is required for the validity of the agreement but no further disclosure is necessary to the court;
g.    The costs for preparing a BFA ($2,000 – 3,000) are significantly lower compared with the costs of consent orders ($6,000 – 8,000) and only a fraction of the costs of litigation (estimated at $35,000 depending on the circumstances of each case);
h.     The recitals (the introduction to the agreement) can be used to give the background to the agreement and to justify its terms;
i.      The same tax concessions apply as to court orders, e.g. the transfer of property from one spouse to the other does not attract more than $20 stamp duty payment.
j.      Unless agreed otherwise a BFA will be binding on the estate in the event of death of one of the parties;
k.     A BFA can reduce the potential for argument between the parties in relation to financial matters both during and after their marriage and between the surviving spouse and the family of the deceased partner.
l.      Preservation of family businesses;
m.   A BFA can reduce the potential for family disputes on the death of a party to a second or subsequent marriage;
n.     Protection of the parties’ superannuation interests.
o.    Sets out maintenance arrangements in the event of separation.

11)  Can a BFA be set aside by the courts?
The Family Court in Australia has the power to set aside a BFA on application by one of the parties to the agreement. The legislation contains an extensive but not exhaustive list of the reasons for setting aside BFAs. They include the following matters:

14)  Who should seriously consider entering into a BFA?
a.     Parties with significant disparity in personal wealth;
b.    Parties entering into second marriages – to avoid stress and costs with potential breakdown of second marriage and provide for children of previous relationships. In such circumstances a BFA becomes an important estate planning tool;
c.     Parties who want to keep assets acquired prior to marriage separate to jointly acquired assets.
d.    Parties who wish to use a BFA as an asset protection tool. For example, where a couple wishes to register all their assets in the wife's name, the BFA will set out  the husband's financial interests in those assets regardless of whose name the assets have been registered in;

15)  In what circumstances isn’t a BFA suitable?
a.     If a party is eligible for income tested pension, allowance or benefit at the time of signing the agreement.
b.    If the parties want to include in the agreement parenting issues such as time the children will spend with each parent;
c.     Parties who want to set out in the agreement the terms for child support payments.
d.    Illegal agreements;
e.     Division of household responsibilities;
f.     Not suitable for parties who wish to sign the agreement within 4 weeks prior to the wedding because of the potential for a court to set it aside for undue influence, usually by the party in the stronger bargaining position.

16)  Is my BFA valid/legal outside of Australia?
Australian binding financial agreements may not be upheld by a foreign court. If the parties to an agreement move abroad they should seek local legal advice about the validity of their agreement.
Summary
Binding financial agreements are not only for the wealthy. Considering the high frequency of marriage breakdown as well as the stress and time and the high cost of family law litigation a BFA can benefit just about everyone.
As mentioned earlier in this paper not all BFAs have been upheld by the courts in Australia. With the help of a qualified and experienced lawyer in this area your BFA has a greater chance to stand up in court.

Till I blog again, take care.